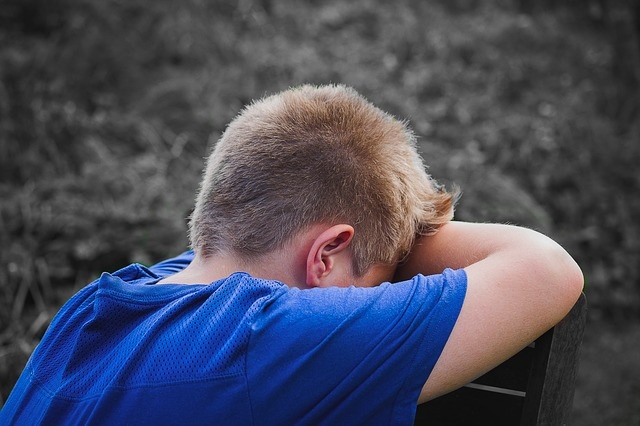 He was mad because things weren’t going his way.  The issue was extremely minor but in his small view of life, he thought the issue was worth exploding over and then he lost it.

This isn’t the first time that I have heard these words come from my seven-year-old son’s mouth.  The hurtful phrase started about six months ago and pops up in his extreme frustration with me.  No matter, it still stings this Momma’s heart.

Bubs is going through a normal rebellion stage which stems from the fact that he doesn’t want to be told what to do. I get that.

Where his issue become abnormal is that he gets upset and a small amount of anger turns into a ninety minute “meltdown.”  I realized that this is an extension of his inability to calm himself. (Read more…) It used to be that he would express his anger in tears, screaming, kicking the wall, and throwing things. Now, he releases the feelings in yelling unkind things, stomping off, and running away from the issue.

In some ways, I feel like we have been set back four years.  Before he started Occupational Therapy for Sensory Processing Disorder, Bubs’ meltdowns were 90-120 minutes.   Each time the meltdowns began over something not going Bubs’ way.  But as he spiraled down, he was unable to calm himself.

In words, I am frustrated, tired, and discouraged.  And, there are times that I struggle to “like” my child.  Understand, I adore and love all my children unconditionally but there are times when I need a break from them because I grow weary from staying strong, being consistent, and not getting emotional.

But as I am learning to deal with this ugly issue, God has taught me some important things.

First, Bubs is mad at himself more than me when he yells these hateful words.  I am just the “easy target.”  Typically he is upset that he has lost control and isn’t handling the situation well.  The words are not personal.

Extreme remorse follows the explosive anger.  This is when I know that Bubs has completely calmed down; he runs toward me with pleading in his eyes to be held.  I cradle him and accept his apology.

Next, I have to return to what I learned to do when he was a preschooler and in therapy.

Last but definitely not least, God is bigger than this.  The Holy Spirit is with me to give me the wisdom that I need to know how to help my precious Bubs, love him the way he needs, and train him to be the man God wants him to be.

Praise God that I am not alone!  And you are not either!

Read step-by-step instructions on how I help Bubs get through a meltdown.