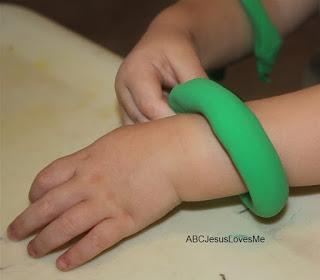 While the majority of my posts focus on the preschool years, I want to begin including more Toddler and Elementary Age posts as well.  Here is a toddler activity that can be used separate or with the ABCJesusLovesMe 2 Year Preschool Curriculum.
We were given some Crayola Model Magic for a birthday present.  I love the stuff!  It doesn’t make the mess that play dough does and the texture is different in a cool way.  While Little Man is working on school, Peanut and I play with modeling clay.

Since Peanut doesn’t have a lot of words, I am working on introduction and lots and lots…and lots of repetition.  (Introduction and repetition are the basis of the 2 Year Curriculum).  Today, I wanted to focus on four words – green, ball, snake (/s/ sound), and circle.

With a glob of modeling clay, I formed a ball.  As he played with it, I said “ball” (400,000 times it seemed!).  Since this is a word he says a lot, he repeated and initiated this word several times. 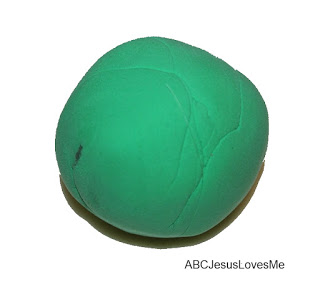 When he gave me the ball back, I formed a snake.  Again I repeated “snake.”  We played with the snake and said the /s/ sound. 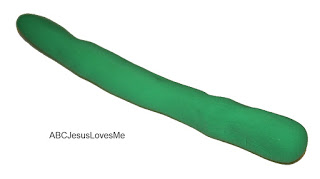 To end, I closed the snake to form a circle.  Peanut loved wearing the circle on his wrist. 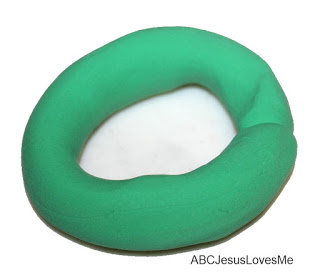 And the next time we have school, we will start here again. Soon we will change colors but the activity will remain the same until I feel he can reproduce the learning.

This may seem really basic but it is in this repetition that toddlers increase their vocabulary and learn the basics. Plus it is really cool to see Peanut having fun.

What activities do you use to help your toddler learn?