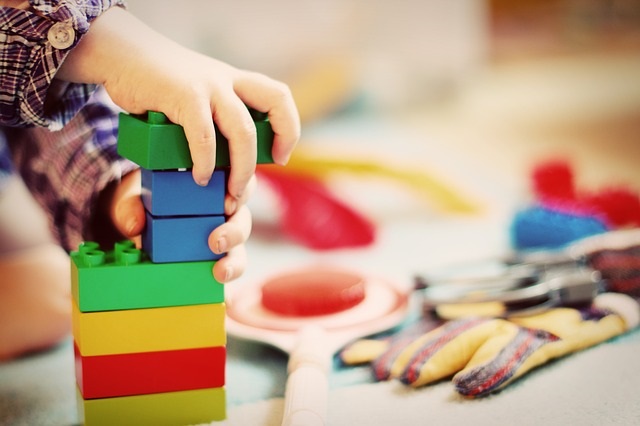 Have you check out the ABCJLM Facebook Group lately?  If not, you are missing out on a lot of wisdom!  “Tina” shared some fabulous ways to incorporate the objectives of the ABCJLM Curriculum into a day with her grandson.

I wanted to share her ideas because the suggestions are so simple yet so profound.  Below are some of her main points.

I found the song “This Little Light of Mine” on a YouTube video.  The video demonstrates the hand motions which my 2-year-old grandson had a blast mimicking.

Throughout the day, I quoted the memory verse…over and over again. By the end of the day, all I had to say was “In the” and he would finish with the next word “beginning.”

We found a set of bathtub foam letters at a discount store for $5.  I pulled out the number “1” and the letter “A” to place on my TV console, right below the screen.  Then throughout the day, I would point at them and tell him what they were.  We also played keep away with the number 1.

We colored a huge red circle I made from tracing the outer edge of a salad bowl lid. He wanted me to color too, so I did. This was the only sit down time we did today. The rest of the learning occurred during active play.

I printed out the creation number flashcards.  I compared the number “1” with what God did on Creation Day 1. I frequently reminded him that everything began with God. God said,” Let there be light” and the darkness had to go away.

When it was dark outside, I turned off all the lights in the house and showed him what it was like to be in darkness. Then I turned on the kitchen light while repeating that God gave us light on Day 1.

Throughout the day, I looked for opportunities to point out red and circular objects. I told him that he would get a reward for each item that he points out to me.

I don’t believe he understands all of what we covered.  What is important is that we planted the seed.  That seed will be watered and tended and with time will grow.

So simple yet so effective.  Using the ABCJLM Curriculum doesn’t need to be detailed.  It is about being intentional with the objectives of the week.

To help you remember what the objectives are, the “I am Learning…” Objective Posters to place on your refrigerator or a board are available in the ABCJLM Preschool Workbooks.