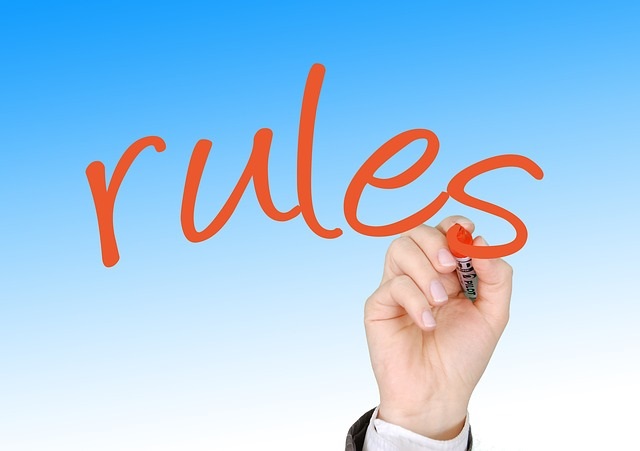 It’s been a long time since I updated you about Bubs (age 8).  But, I don’t want to delay any longer. The last time that I posted, we had just learned about Bubs’ severe language delays.  We were waiting to begin therapy and I was trying to make sense of it all.

Fast forward a month, Bubs is attending speech therapy once a week while we wait for spots to open up for him to attend more times per week.  We also do daily therapy activities and read every night.

Praise God that I have been able to sit in on his therapy sessions.  This is vital for us working at home.  But, it was sitting in on the second session that I wanted to crawl under the rug and claim that I was the nanny.

While looking through pictures used in Bubs’ visual schedule, his therapist started discussing rules.  Bubs informed her, “I have rules but I don’t follow them.”

Over and over he explained that he knew how things were to be done but saw no need to obey the expectations.

Please floor, open up and swallow me!

After the therapy session, mom and therapist had a pow-wow.  We both became very concerned about his lethargic attitude toward the boundaries that have firmly been set up for him.  In one way, I was glad to see that he has made it public that rules don’t apply to him.  Because the attitude that we see at home has definitely proven this.  But on the other hand, I was stunned that he had the audacity to speak his thoughts out loud to another adult while his mother sat eight feet away!

Needless to say, Bubs’ next therapy session focused almost exclusively on rules.  After discussion, Bubs had to memorize three reasons that we have rules:

Then Miss W read two stories from The New Social Story Book: Over 150 Social Stories that Teach Everyday Social Skills to Children with Autism or Asperger’s Syndrome, and their Peers.  The stories explain that adults are in charge simply because they are older.  The stories let the child know that adults have feelings and likes just like children.  Bubs saw how he will be an adult soon but right now he is a child.

And in a therapy hour, something clicked.  Suddenly it made sense to our eight-year-old son. For the first time, we have seen a change in Bubs concerning rules.  It truly is like a light bulb went off.

It used to be that whenever Bubs asked me what was for breakfast, no matter what response I gave him, he would complain.  Whenever a chore was given to Bubs he bucked 90% of the time.  I praise God when I say that we are down to 50% of the time Bubs is non-compliant.

This has been huge for the harmony of our home, my sanity, and Bubs’ attitude over all!

For most of you this post sounds strange but if you have a child with Sensory Processing Disorder or who is on the Autism spectrum, you understand.  This is not an issue of discipline.  The boundaries have been firm for Bubs from a very young age.  It is a case of some children being unable to understand their surrounds and thus they fight the unknown.

I realize that this may be a stage or just a coincidence but for right now, I am going to swim in it because it is a step in the right direction.  And we are praising God for any movement forward.

Can you relate to this story?