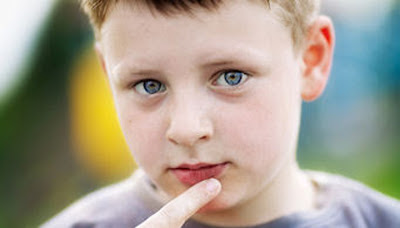 I woke up this morning with so much on my mind.  Once again, I was mentally writing blog posts.  I have found that blogging helps me process through my thoughts and I can only pray that God will use our story and my processing time to bless you.  If you are in your own circle of disorders, I pray that you will find encouragement.  And if you are not, I pray that this blog series will provide you with a glimpse into the lives of those who do, enabling you the ability to know how to pray and bless those families who struggle with disorders day in and day out.

Let me start at the beginning.

Bubs was born with a heart disorder.  At six-days-old he had open heart surgery followed by a month-long stay at the amazing Arkansas Children’s Hospital.  After several set backs we were finally released to go home and told to “treat him like a normal child.”  After an instructed several-month stint of isolation for fear of sickness, we slowly merged into the world with our “normal” child.  And after the initial shock faded away, we did regular things as a family of three including loving this precious bundle of joy.

Around eighteen months, triggers started showing up and I found myself seeking guidance from other moms.  But, I found that no one could relate.  My friends didn’t understand toddlers who threw themselves on the floor and screamed for incredibly long stretches of time over basically nothing.  They couldn’t relate to little boys screaming inconsolably in the middle of the night.  I even read parenting books trying to figure out how to discipline our son out of these issues.  But, nothing worked.  I talked to our pediatrician but she told me to be consistent and to remember that toddlers understand a lot more than what we give them credit.

We consistently found that Bubs would have fits or meltdowns over nothing – or so it seemed to us.  Loud or constant sounds like an egg timer put him into a tailspin.  If I poured his syrup in the wrong place or if a toy didn’t obey his command.  He woke from nap time crying inconsolably and mommy could not love him out of it.  My heart knew that we were dealing with something.  I just didn’t know what or where to turn for help.

At the age of two, the pediatrician became concerned with Bubs’ speech development.  At that time we were expecting Baby #2 and we had just placed Bubs in a Mother’s Day Out program in hopes that being around other kids would help his speech.  Even with all of the work we were doing, our pediatrician suggested speech therapy at age 3.   So we began weekly speech.  The therapist hoped to have him ready for Kindergarten but he tested out in six months. (Praise God!)

So, I closed that book thinking now that Bubs has “words” all of the meltdowns would cease.  Just the opposite.  The fits got longer and louder.  Up to 90 minutes Bubs would scream, kick the floor, and cry.  And I was unable to do anything to turn the train around.

At four years of age, our pediatrician noticed fine motor delay and after listening to my concerns wondered if Bubs was dealing with some Sensory Processing issues.  We scheduled an appointment with an Occupational Therapist.  Testing showed he was up to fifteen months delayed in areas (and when you are four, that means you are the equivalent of a two and a half year old) and we received our first diagnosis – Sensory Processing Disorder.  Bubs was unable to properly deal with the senses swarming around his body. (I say “we” because when one child receives a diagnosis, the whole family does as well.)

This started two years of three-times-a-week therapy to teach his body how to handle senses, teach me how to help him through meltdowns and help avoid them, and improve his fine motor skills.

Amongst this time, Bubs was also labeled as having Visual Perception issues.  Again therapy was suggested because we learned he flipped everything that he saw.  But I knew that an eighty minute drive several times a week added to our already crazy schedule was not going to happen.  So, I begged the doctor to train me so that I could do the therapy with him at home.  Praise God she obliged.  (Much of what I learned is included in the 4 and 5 Year Curriculum.)  And in a few months, Bubs organized what he saw!  (Praise God!)

Since Bubs has a summer birthday, we held him back from Kindergarten so he received an extra year of therapy.  But, Kindergarten quickly came and retesting was needed.  While the delays still existed, they were much less significant and we felt it best to start Kindergarten without any assistance to see where he could function on his own.

The right decision?  Only time would tell.

Is my story registering with you?  Please leave your thoughts and questions.

Previous Post: « Thanksgiving Traditions: “I am Thankful For You” Cards
Next Post: Another Diagnosis Added to Our Plate: How Many More? »