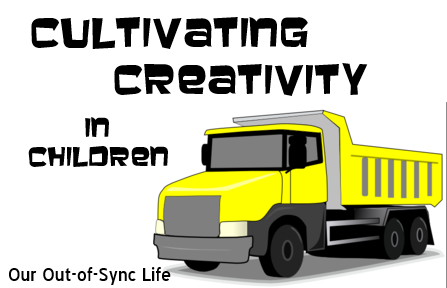 During school time today, I gave Little Man (5) an extra copy of the Circle and Square Truck worksheet from the 2 Year Curriculum.  I also gave him a pair of scissors with the instructions to cut out the square and circle.  Then I told him to get a piece of paper and cut out five squares and two circles using the pattern.  Once finished, he was instructed to use the shapes to make a truck.

What I got was this. 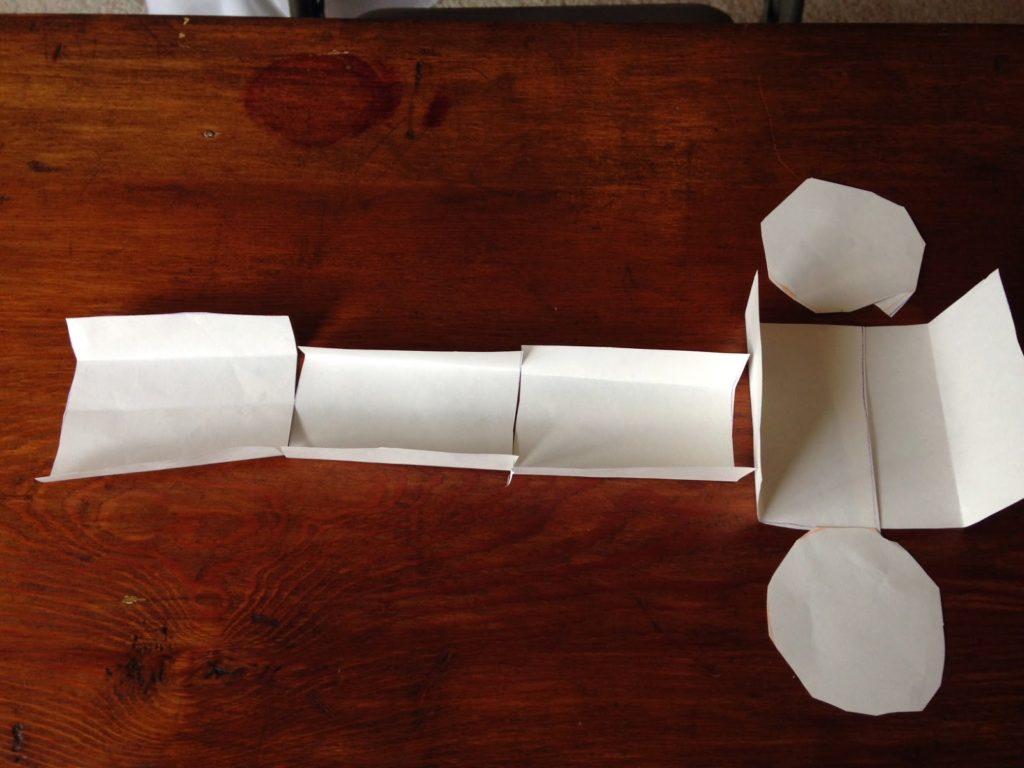 See the bed of the truck with tall sides?  The cab is curved to hold people.  I never would have built the truck three dimensional!

Then the creativity juices began to flow.  Once the restrictions were lifted, he used staples, glue, scissors, and more paper to construct a three-dimensional dump truck! 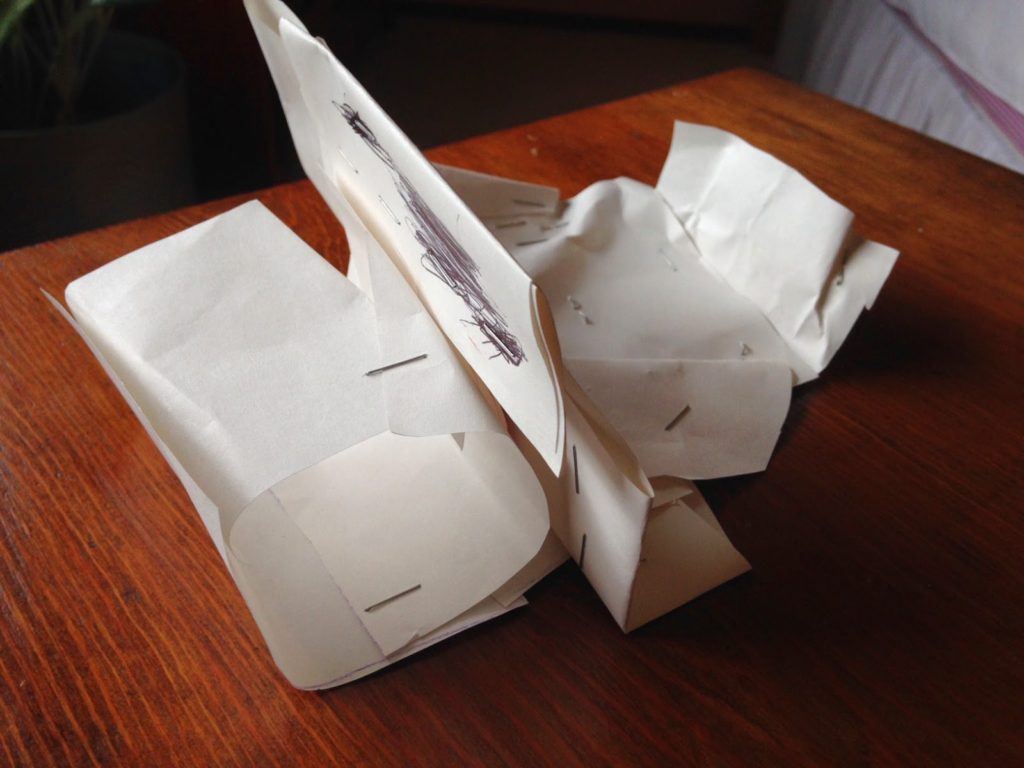 Honestly, whether you see it or not, the point is that Little Man had to put thought and creativity into this.  Other than two shapes (circle and rectangle), I helped him with none of this creation.  And…he was 100% focused on this project.

My first instinct upon seeing the original creation was surprise.  Why didn’t the arrangement of his five square and two circles look like mine?  But, I was reminded of how I stifle our kids’ imaginations.  We tell them what to create.  Even worse, we place them in front of electronics thinking that they must be entertained.  Instead we need to give them a few supplies, basic instructions, and let their imaginations work.

Side note:  While Little Man was doing this, Peanut (3) was sitting on my lap shredding with a pair of scissors a coloring sheet he had just finished.  He cut, cut, and cut.  Every once in a while I turned his hand to make sure his thumb was on top.  When he was finished, he got off the chair and picked up every piece of paper to throw in the trashcan.  My adult vision could not see that he was creating anything, but it made sense to his little mind.

There is a time and place for follow-the-directions crafts.  (The beginning of the truck project had specifications.)  There is also a point where the adult has to let the child out of the box to run free.  (The point where he had not rules on his building.)

Cultivating creativity can make a mess, but nothing that a broom and dust pan can’t fix.  Look at our situation.  We have a paper dump truck to prove the benefits.

Previous Post: « The Difference Between Parenting with Anger vs. Love
Next Post: Teaching Dental Hygiene and Book Giveaway »